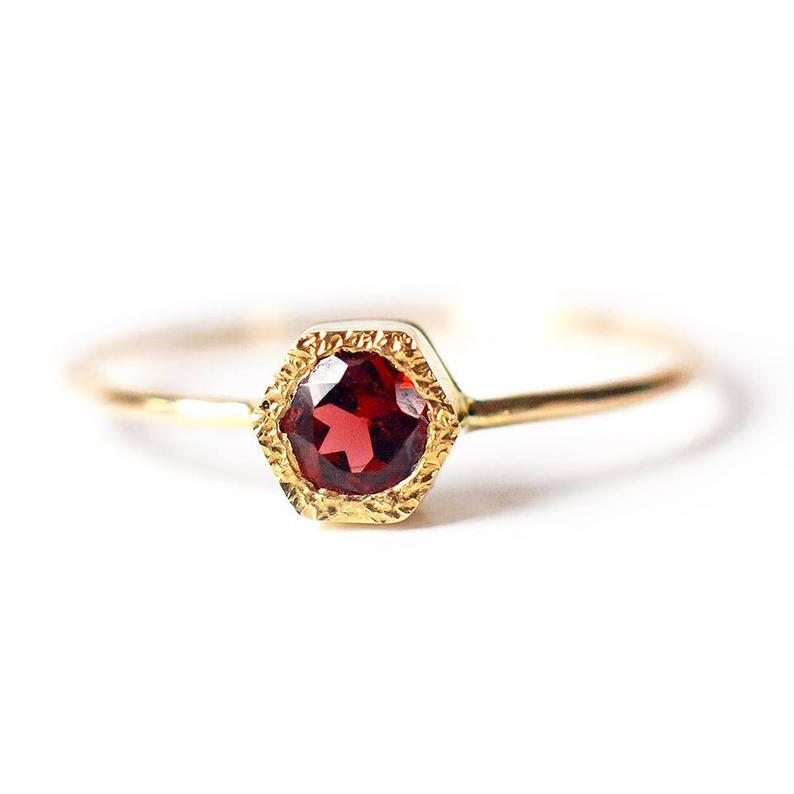 WHAT IS A GARNET?

Garnet is a semi-precious stone favorite by many jewelry designers and used in jewelry. It occurs in wide range of color including orange, yellow, green, blue, purple, pink, brown, black and colourless however its most popular color is red. Rarely you can find garnets that change color.

Red garnet resembles the pomegranate fruit seeds. It's Latin name is 'garanatus' which means 'seedlike' and this is what its name comes from.

It is a birthstone of January and traditionally the gemstone to celebrate 2nd marriage anniversary. Garnet is truly believed as a gift of LOVE. It symbolizes loyalty and eternal friendship.

Garnets do not have great hardness. The stone is graded from 6.5 to 7.5 in Mohs scale. Still found in a range of jewelry pieces and styles from gold garnet rings to lovely pendants or necklaces.

TSAVORITE- THE RAREST AND MOST VALUABLE ONE

Tsavorite is one of variety of a garnet that contains vanadium or chromium traces, which results in most valuable but very rare green garnet color.

up
Shop is in view mode
View full version of the site
Sklep internetowy Shoper.pl